Consider Wayal to be your Calling 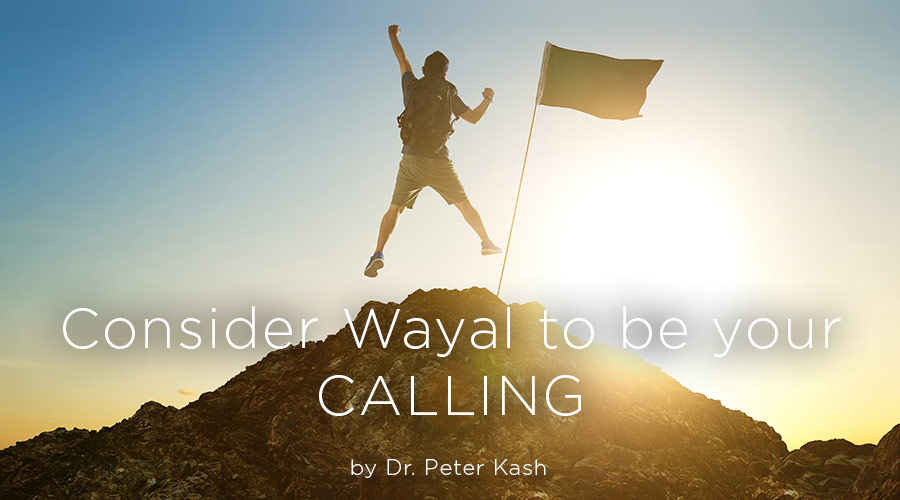 The origin for the word for work in French is “travail”, which is derived from another Romance word “trabaja ”. In Spanish – which is rooted in Latin – means “to torture, inflict or suffering”. How is it possible that the concept of work would have any connectivity to torture? Yet in Chinese “Gōngzuò”(工作),  based on three strokes compared to an average 13 strokes as many words in Chinese. Why only three simple strokes? Because every success is based on hard work that is started with simple steps to get going. Perhaps the character itself stimulates work as it is based on a standing vertical stroke (to stand, arise, and get started). Then it is connected with a base and a top, but not a real “ceiling”, for anyone of us can achieve greatness with a strong foundation and a desire to reach for the stars.

Wayal is symbiotic with health and success,  and seeks to make work challenging yet with contentment and purpose. It’s about finding one’s inner Qi to accomplish balance in all facets of health, family, and success. Success is achieved by all the universalism of all connected parties.

Even the ancient text of Ecclesiastes 3:22  states “there is nothing better than that in is his portion.” There is a direct correlation between how much one works and how much one succeeds.

The world-famous soccer player Pele once said, “success is no accident. It is hard work perseverance, learning, studying, sacrificing, and most of all love of what you are doing.”

Even in academia, professors like Amy Wrzesniewski of Yale look at people’s relations to work, as we spend a third of our waking hours at work and with co-workers. The average American worker spends between 1200-1800 hours with their co-workers yearly. The choice you make will influence success, contentment, and fulfillment.

Professor Wrzesniewski categorizes people’s work into three types: job, career, and calling. When you throw all yourself into what you pursue and work for, that’s a calling – not just a job or career. Nearly all the people who excel at what they do view their craft as a calling.

Eleanor Roosevelt knew the road for women was much harder in the work environment. She said, “a woman is like a tea bag – you can’t tell how strong she is until you put her in hot water.”

Two generations later, Oprah said, “think like a queen. A queen is not afraid to fail. failure is another stepping stone to greatness.

The holiday season is all about focusing on family, recharging one’s internal batteries, and setting goals for work that allows you to create your own paths for all your individual journeys.

← Previous: Can Indulgences be Healthy? Next: Wayal Functional Nutrition →